traditional dining around a fire

Raclette – another classic for cooking with fire

Raclette refers to a meal and to a type of cheese with the same name. It’s easy to include raclette as part of entertaining around a wood-fired oven or fireplace, as the ancients used to do. One of the earliest recipes for raclette is dated 1291 AD, and home owners find heating the cheese on stone, close to fire, gives a sense of authenticity, especially when the fire is fueled by wood. The hint of wood-smoke adds flavor to any food suitable for cooking over or near an open flame. 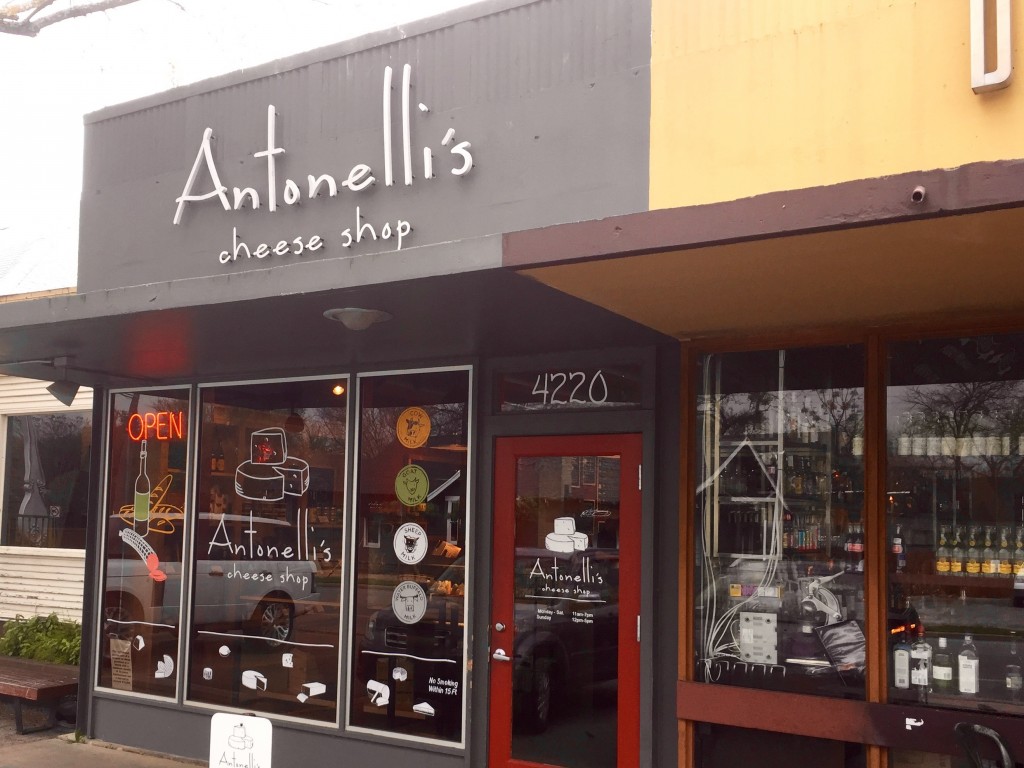 We found a domestic version of French/Swiss raclette with help from the staff at Antonelli’s Cheese Shop here in Austin. They carry raclette from a dairy in Vermont called Spring Brook Farms which is associated with the Farms for City Kids charity.

Over the years the word raclette encompasses a style of eating–enjoying the melted cheese with friends and good conversation. As wood-fired advocates, we agree with Chef David Lebovitz sentiment that

“Of course, making Raclette by the open fire is the ideal way to prepare Raclette.” 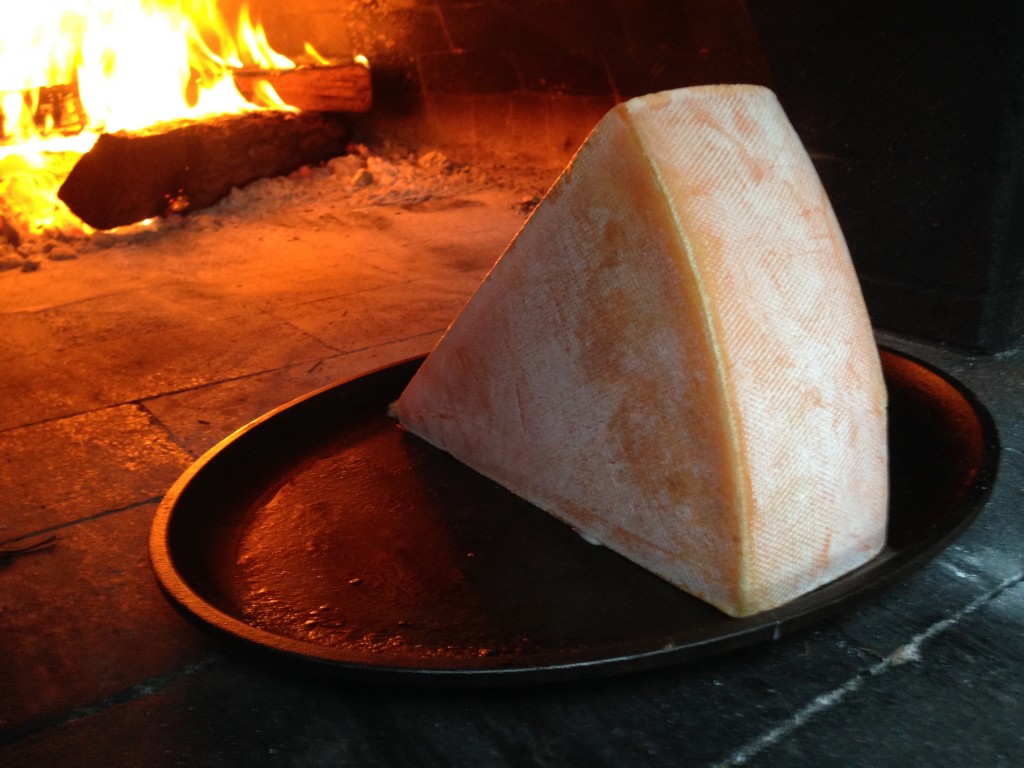 But several manufacturers make table-top raclette sets. These small electric grills make it easy for folks to host a raclette party, guests have little pans to melt the cheese over toppings. Like its delicious relative,  fondue, the right cheese is important for flavor and texture. Other cheeses with good melting qualities can be substitued for raclette especially if guests gather around a mini table-top heating device.

This is a simple and humble meal, melted cheese served over bread and/or potatoes with sides that complement the creaminess of the cheese. The three most typical sides are charcuteries, cornichon pickles, and pickled onions. (See this article from thekitchen.com.) We tried two types of tiny pickles, roasted fingerling potatoes, lacto-fermented cauliflower and carrots, beef pastrami, fresh peppers, and vinegar pickled onions. 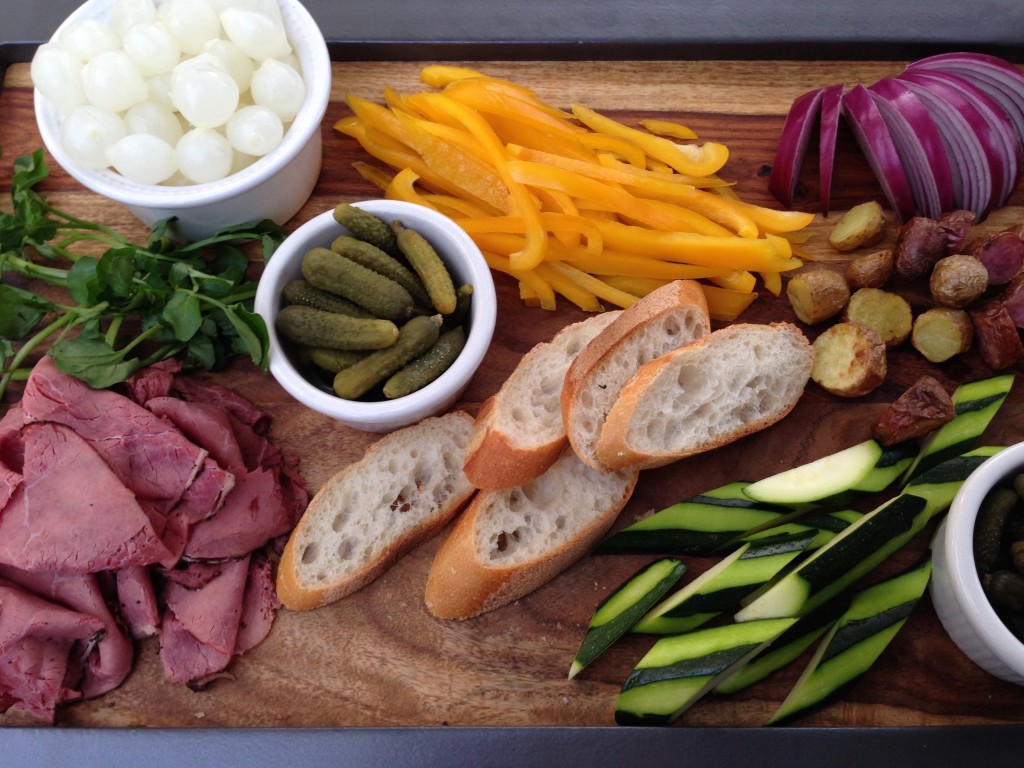 The French word racler means “to scrape,” and it is the root word for this wonderful cheese. The cheese, raclette, is a semi-hard, aged, cow’s milk cheese with a creamy melting characteristic. When the cheese is heated, it melts, and the melted portion is “scraped” off and spread on bread, meat slices, boiled potatoes. In earlier times cow herders in the Swiss Alps heated raclette near the coals of their evening fire, then scraped off the melted cheese onto bread and meat. It was considered a “nutritious meal” for peasants then. 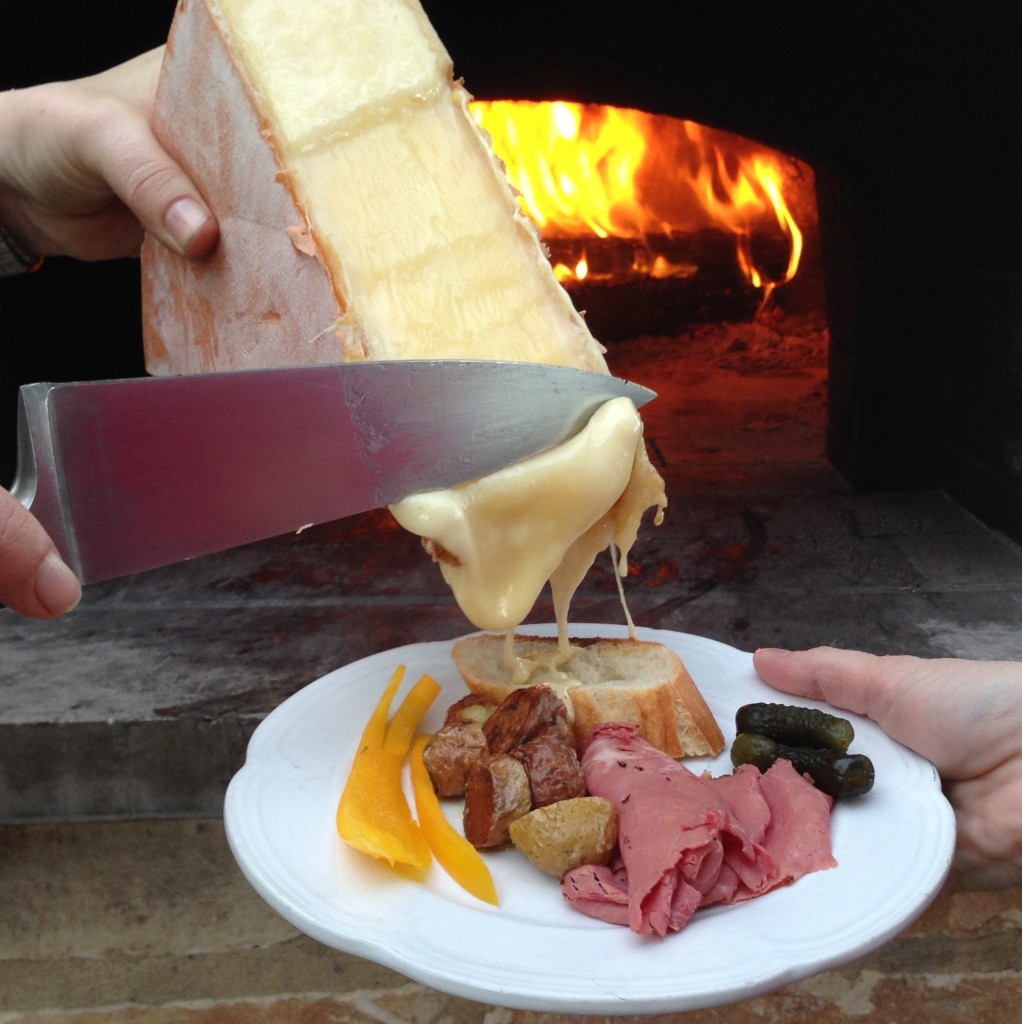 In his thorough article on authentic raclette Lebovitz also recommends pairing raclette with “fruity, dry (and some say ‘sour’) white wines of the region made from Chasselas grapes, [which] are often sharp and minerally, making them the ideal wines to accompany—but not overwhelm—both mild and strong cheeses.” We went with a beautifully mineral Savagnin. Nature ouille by Les Granges Paquenesses from Jura (between Burgundy and the Swiss border). We found a bottle imported by Peter Weygandt with help from a store manager at Spec’s in Austin. 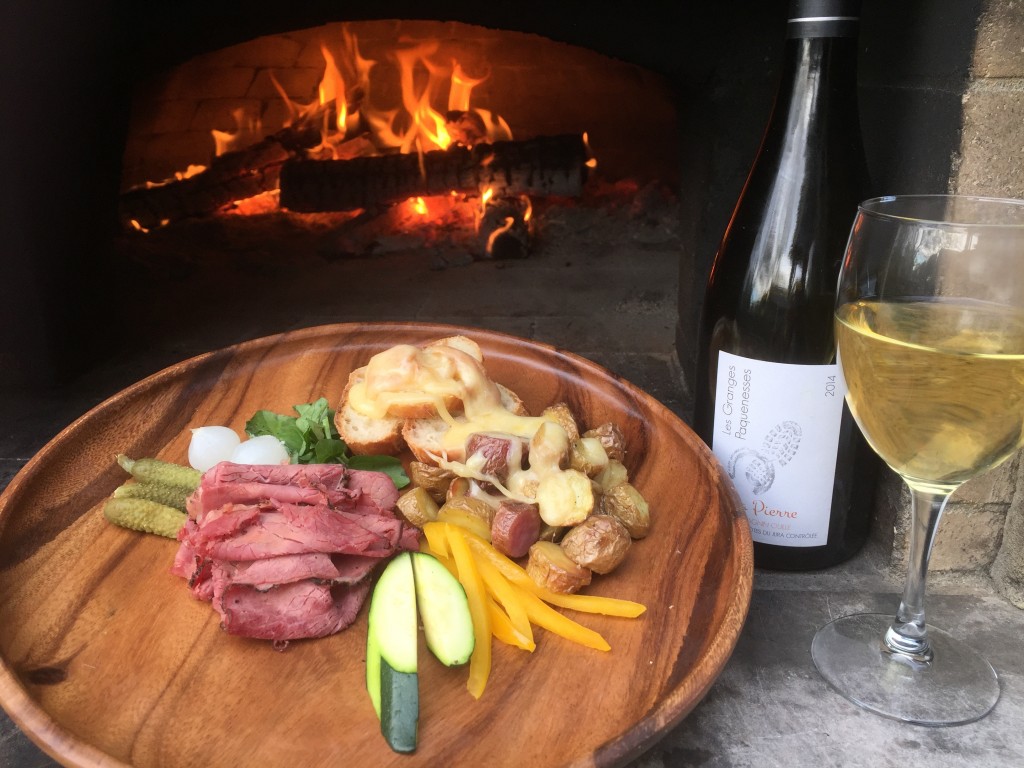 Skip the boiling and roast

For owners of wood-fired ovens, I suggest you substitute oven-roasted potatoes for the traditional boiled version. Small potatoes roast quickly, or can be made in advance and briefly re-heated while the cheese melts. Lightly roasted potatoes make a great base for melted cheese. Where I normally roast potatoes for a crispy exterior and fluffy interior (see our blog dedicated to roasting potatoes) for raclette I prefer to keep the potatoes softer to mimic the traditional boiled preparation, preserving the starring role for the raclette.

If you want to go all out, you can even get a special raclette knife for scraping the melted cheese