Readers of the TXO blog know that Dave and I are passionate about cooking almost everything in a wood-fired oven. It’s great for grilling, tandoor cooking, braising and stewing, frying, baking, toasting, re-warming. But, we’re quick to admit that in a wood-fired oven makes delicious, foolproof pizza in 1-2 minutes—thin crust with a little char, and a hint of wood-burning flavor.

Making great pizza is an easy way to entertain because guests enjoy assembling toppings and firing their unique pizzas. Plus wood-fired pizza transforms inexpensive ingredients into unbeatable food. I’ve devoted this blog to some tips we’ve learned on turning out foolproof pizza.

My favorite basic dough recipe is based on Peter Reinhart’s recipe for Classic Pizza Dough, Neo-Neapolitan Style. I’ve made it exactly like Peter’s recipe and also tweaked it by using all kinds of flour combinations. (Don’t use 100% bread flour, it is difficult to roll out!) I think half AP and half whole wheat yields the best balance of flavor and texture. Lately I’ve been using half sprouted wheat flour with AP flour. Fantastic! Whole grain flours add a nutty flavor and a bit of texture that works well with a thin crust. Also, the slightly coarser grind of whole wheat flour makes the dough much easier to roll into a thin crust and tastes delicious—even without toppings and sauce. (Check out our 100% whole wheat recipe here.) 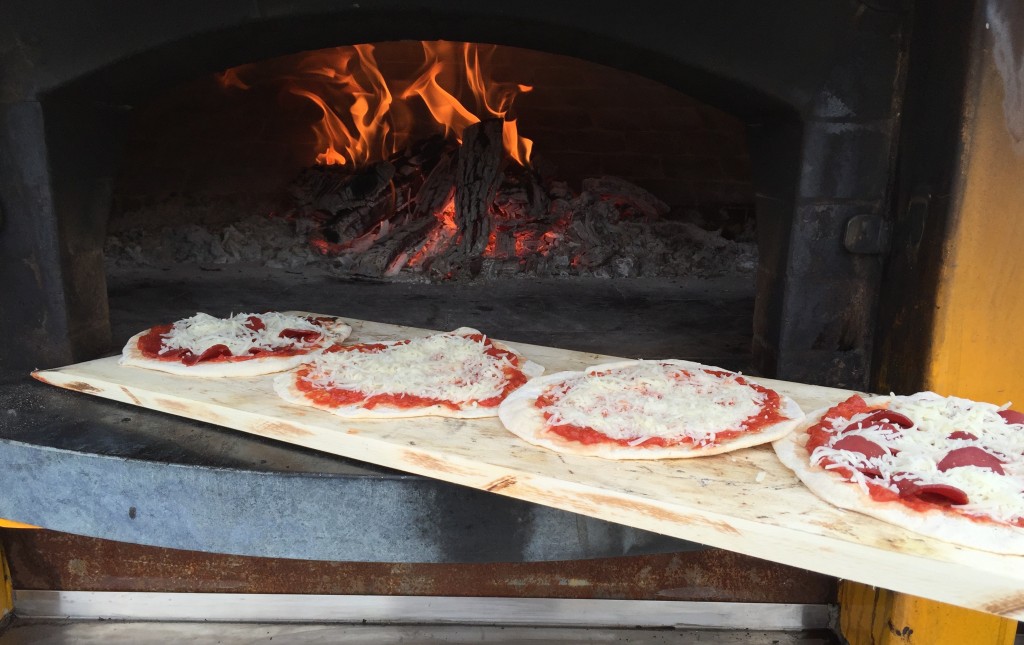 For most of our pizzas I make a marinara sauce from quality canned tomatoes with a drizzle of honey, some dried herbs of choice (oregano, basil), and garlic powder. I mix it with an immersion blender. When it’s time to put sauce on pre-baked dough rounds, the rule is “less is more.” A thin crust pizza needs less sauce and cheese. Too much sauce makes for a soggy pizza.

For a more complex and slightly spicy pizza sauce, see our marinara recipe here. This is the sauce we used for our Chicago style deep dish pizza blog.

You’ve probably got your own favorite combinations, but here are my principles for topping wood-fired pizza. Follow the less-is-more rule. We’ve experimented with cheese: testing an ounce, half an ounce and an ounce and a half of shredded mozzarella on a basic 9″ pizza. We found that an ounce of cheese was just about perfect. You don’t need to measure, but that’s not much cheese! Also, when possible, layer the wood-fired flavor by using ingredients you roasted in the oven while it was heating. I love roasted mushrooms, peppers and other fruits and veggies – or sausage that has pre-roasted in the oven. Finally, consider making a few pizzas with no toppings at all other than a drizzle of oil, salt, pepper, and herbs. 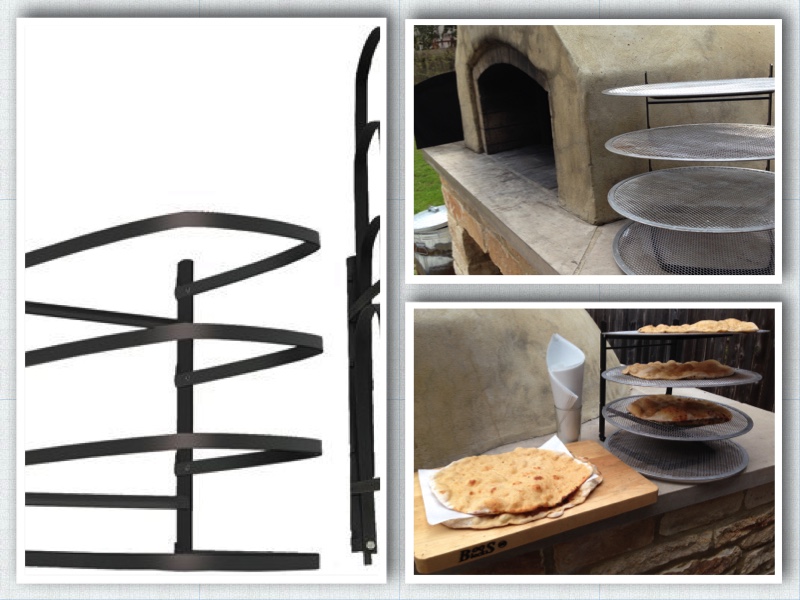 When making pizza for a crowd, I love using my cooling rack with mesh screens. A rack saves work space around the oven and allows pizzas to cool briefly before going onto a cutting board to slice. (The rack is also handy when making a batch of pre-baked dough rounds.) Finished pizzas can rest on the mesh screens to stay crisp. In a pinch, the screens serve as peels too.

Check out our blogs on hosting a party, a tasty gluten-free crust option and making par-baked pizza shells in preparation for a foolproof party. 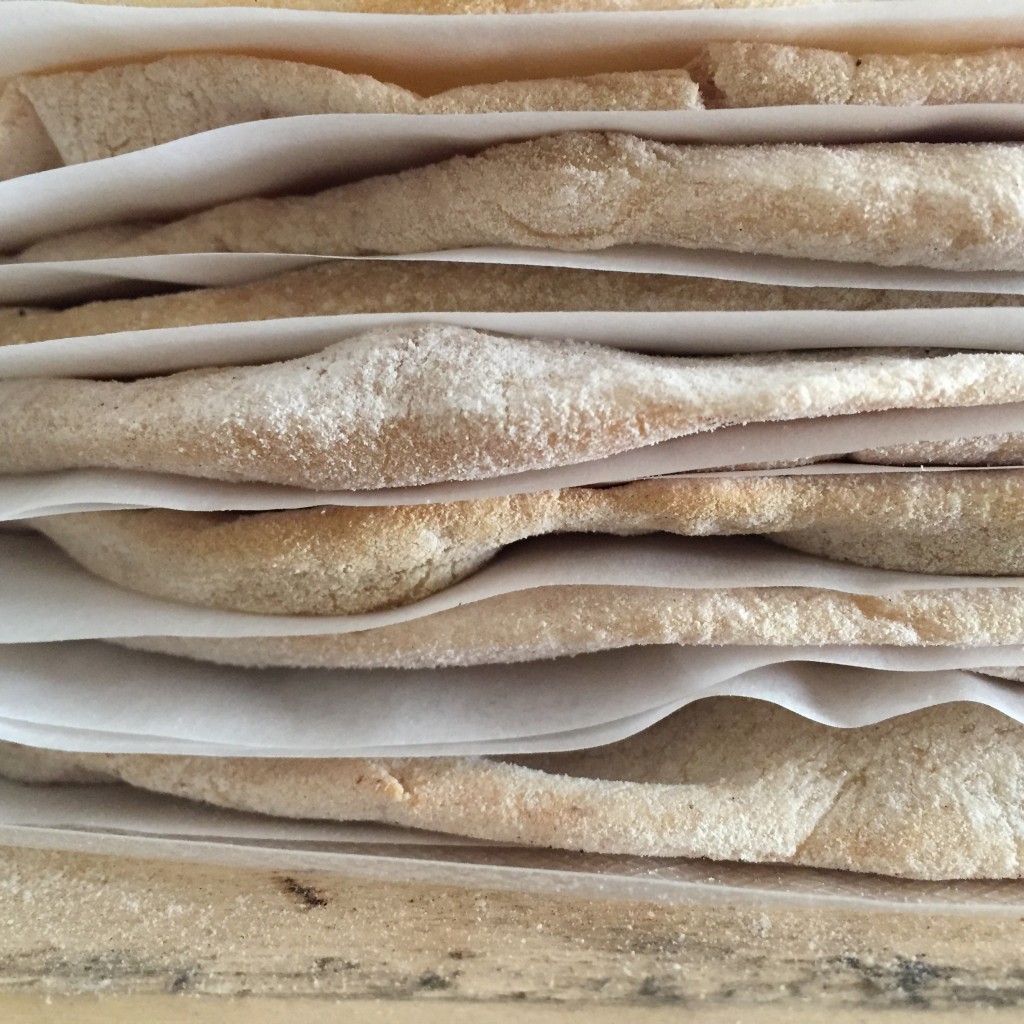